Personal Fabrication encourages everyone to be a maker

A future with a 3D printer in every home

The embodiment of that vision is the machine tool known as the 3D printer. The 3D printer is a piece of equipment which can create a tangible object out of resin or another material from 3D CAD data or a pattern captured by a 3D scanner. The 3D printer was originally an expensive machine meant for designers creating prototypes. With desktop versions, it has undergone a major change, into an accessible machine allowing the average citizen to manufacture everyday items.

This meeting of engineering and society, and the major resultant changes in both users and implementation, herald the coming of an era when engineering will gain new context and new meaning. The most obvious precedent is probably the computer. Just as computers have changed over the last 50 years from large scale models all the way to laptops which anyone can use, I think that in the future, machine tools will be democratized step by step. “Fab labs” have the world looking forward to a time when everyone can experience the pleasure of production. 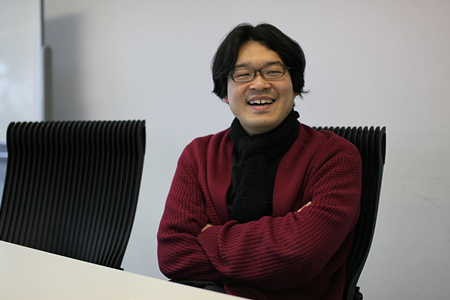 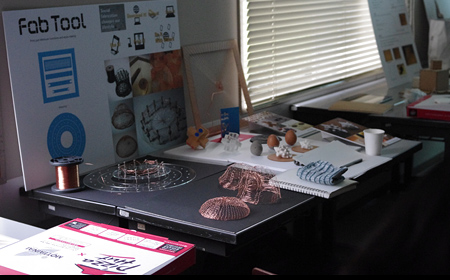 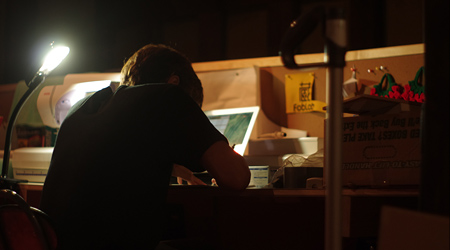 Worldwide laboratories thanks to fab labs

A fab lab is a public workshop, open to anyone, equipped with machine tools like 3D printers and cutting machines; the term also refers to the worldwide network of these workshops. As of now, there are over 70 such labs in over 30 countries around the world. I began working to start a fab lab in Japan in 2010. Now there are two fab labs in Japan, in Kamakura and Tsukuba. I would like to start a fab lab in every town, just like a library. Even if it takes a hundred years, I want to see this plan come to fruition.

I started out as an architectural design support researcher (CAD and algorithmic design) so it has been my life’s work to contemplate “the essential nature of design.” I haven’t merely thought about it; it has been my job to create all sorts of concrete design support, from tools and systems, to machines, to workplaces, as well as to propose new methods of creation.

As we entered the 21st century, however, I felt that our existing methods of creation were becoming fundamentally less useful. It was around then that I first attended a conference where the representatives of fab labs the world over were gathered, and was shocked to discover that a completely new method of creation was being born. I was also deeply impressed to discover that there were many “socially conscious engineers” like myself, and that they were cooperating to develop this project globally. I felt that I had finally discovered my true place in the world, and the mission that I was meant to carry out.

A great advantage of these workshops is that they are not merely domestic, but part of a worldwide network. For me and for my students, it feels as if our laboratory has expanded to 70 locations worldwide. We frequently stay at fab labs abroad, and overseas members also frequently come to Japanese fab labs. We sometimes conduct remote workshops with overseas fab labs via Skype. I think the networked workshops, which are connected even though they are located far away from each other, are the essence of the fab lab.

Laboratories that can produce “anything”

At our laboratory, we are researching tools, machines and materials that will broaden the possibilities for future fab labs and future personal fabrication. This includes, for example, research into recycling 3D printer materials, development of new types of machine tools, and cyclical reuse systems for timber from forest thinning.

As personal fabrication practice, the first task I give my students is to make something of their choice on their own. If one student decides to make a talking stuffed toy that looks exactly like a lab member, another student will have become obsessed with 3D food printing and be developing a “chocolate printer.” The first thing I want everyone to do is to freely imagine the future of manufacturing. I believe that new concepts come from people’s individual, niche desires, so for the first six months after they join the laboratory, I tell them to “start by making whatever you want.” During that time, they learn how to use all the machine tools. Wrestling with research topics comes later. 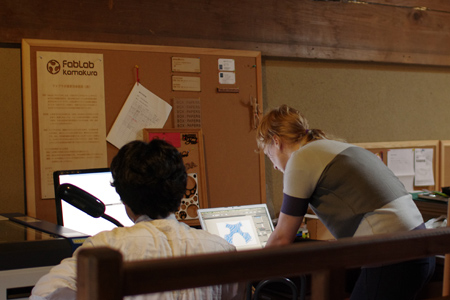 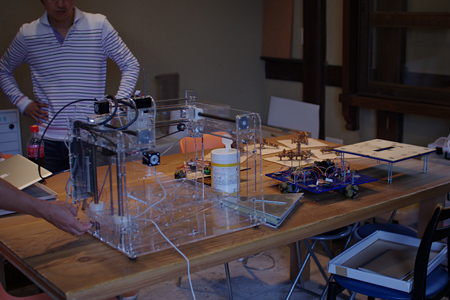 As students practice producing things, they feel the pleasure of creation and the satisfaction of giving shape to their ideas, and begin to think that they would like to share this experience with more people. Once they have become dedicated to creating a society where personal fabrication is possible, the real research can begin.

I call that outlook “social fabrication.” When students reach graduate school, they discuss the theoretical devices, interfaces, systems, environments and business models that would help propagate production throughout society as a whole.

Once a student has started at a fab lab, things are set up so that they can continue working with the lab even after graduation. The upcoming FabCafe in Shibuya is largely being set up by graduates of this laboratory. I hope to build a community in the future which is not bound by the short-term choice of “where to find work,” but instead, united by a shared vision, can continually work towards those goals. I think that, furthermore, fab labs may be a jumping off point for the creation of new vocations and ways of working which transcend the limitations of current industries.

We’ve waited a while since the advent of the personal computer and the Internet for the next major movement, but that movement is personal fabrication. Guided by the previous two, the SFC hopes to make this next wave fun, stimulating, and exciting.