Lectures given at the Sakai Research Laboratory are unique. In each 90-minute class session, students consider and give presentations on themes that come up during the session, forging thinking and conceptual skills in the students. A variety of guest speakers hailing from diverse fields have been invited to speak, such as Shihoko Urushi, the principal of Shinagawa Joshi Gakuin (Shinagawa Women’s College), and Hideshi Hamaguchi of Ziba, an American design firm. When we welcomed P&G’s brand director to one of the lectures, the theme we dealt with was the concept of “iconic”. After discussing how Lady Gaga’s iconic status and Brittany Spears’ “iconic” status differ from each other, students thought about ways to make Nishijin silk fabrics “iconic” and gave presentations on this topic.

Their answers were first tweeted to the Laboratory’s Twitter account, and the students gave 1-minute presentations based on these tweets. These tweets could be seen by other users, who could then participate in the discussion too. A poll was also held to decide the 3 best and 3 worst answers. “Gamification” has recently become a buzzword, so I have been turning each of my lectures into something like a game, with a distinct “win or lose” approach. We choose a winner from among the best 3 answers, and after the lecture we all go out to eat with the guest lecturer. The winning students can enjoy the chance to talk personally with people who are active in all fields. The losers can feel disappointed, so we encourage them to try harder for next time – that way, they can become winners. In this way, we are creating a way to increase the students’ motivation. 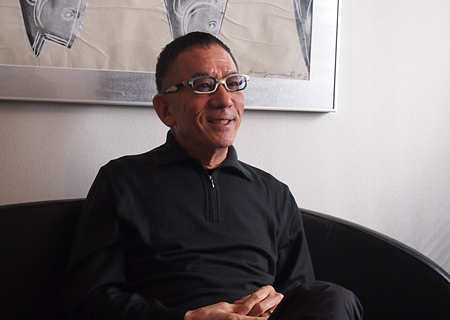 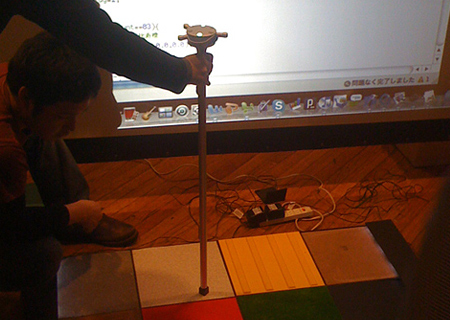 Unbeatable Design Skills at the College of Arts with SFC

For the latter half of the lecture, we brought in Hajime Kuge, the CEO of tsug.LLC, who does a wide variety of design consulting, from systems to products. He patiently conducted a basic design training session akin to those taught at the College of Arts and vocational schools. Mr. Kuge may be young, but he is well-versed in design-related things such as graphics and products – even CAD. At this time, he is producing items for the XD exhibit and for the ORF (Open Research Forum), which gives presentations on the results of SFC’s research. Last year, a female student created a device that measures muscle tone; she managed the whole process herself, from building the electronic parts to programming the device. Although she had no experience with CAD or programming, the training conducted during the lecture quickly enabled her to do these things well enough.

After graduating XD’s Research Laboratory, many students move on to study design at domestic and international art colleges as well as design schools, but I think that is a bit of a waste of time. If possible, I think it would be better to participate in training on the same kind of skills, from sketching to programming, while studying at the SFC.

One of the projects in progress at the Sakai Research Laboratory is the “NS cane”, which is meant to be used in place of a seeing-eye dog. It detects sounds and colors by means of sensors, and alerts the user to changes and threats by vibrating. The Laboratory is also developing an EV car seat made from so-called “minimum mobility light metals – the pinnacle of design. In aiming to make both items into finished products, these efforts are currently increasing the precision of the items in question.

There are various aspects to consider in design too, but I would definitely like to design products. I am interested in creating a market for these products. I don’t think of the products that I have produced, like my child, as being a “product” per se. But the reaction I get from society is that they are “products”. For example, in the 1980s I worked with Shunji Yamanaka to produce the “0-product” camera, which was made from aluminum. This led to a change in the materials commonly used in cameras – those that came out after the “0-product” were made of metal instead of black plastic. I was involved in the development of Nissan’s “Be-1” car – when it became a hit, it caused a 180 degree change in car design all over the world. Social changes such as these are dynamic and interesting.

When creating a new product, it is important to attain the approval of people working in all positions within the company – the upper ranks of management, the marketing department, the sales staff, and the factory staff. The more a company comes up with innovative products, the more critical it is to be persuasive about their potential, for rivals abound. I have been motivating companies in my position as an external “Conceptor”. The reason I do not take on the label of “designer” is so that I do not clash with the in-house designers. It is surprisingly easy, as an outsider, to motivate a company’s in-house staff, because I talk equally with people in any kind of position, from the company president down to the on-site office staff. It is no exaggeration to say that when it comes to releasing products to the world, 95% of the process involves working with others behind the scenes to lay the groundwork. Because of this, I teach my students techniques for drawing out their hidden talents, which, while concealing their strengths, will ultimately put them in a better position than their rivals. This is useful knowledge not just for designers, but also for people involved in making things using design knowledge.

We hold useful discussions about job-hunting during the lectures, but it seems that the job market in Japan is going to become tighter, making it harder to find jobs in the future. We think it is a good idea for job-hunters to target companies like Google, Apple, Nike, and Wieden+Kennedy. We want to train students at the Research Laboratory to be people who can work anywhere in the world, without being too attached to Japan.

Having started a company myself at age 19, I would be happy to see more students start their own businesses. Thanks to the Internet, the costs and risks of starting a company have fallen. Just recently, it was not an easy era for starting businesses. What we are now planning to do is turn out future company presidents at the Sakai Research Laboratory – to “mass-produce” them, in other words. If we turn out more entrepreneurs who can come up with new products and services based on a designer’s way of thinking, I think it will make the world a more interesting place. 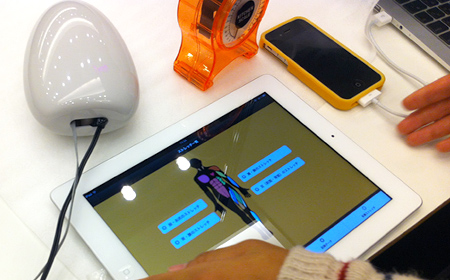 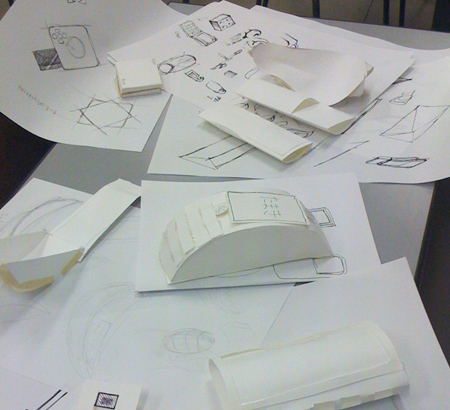